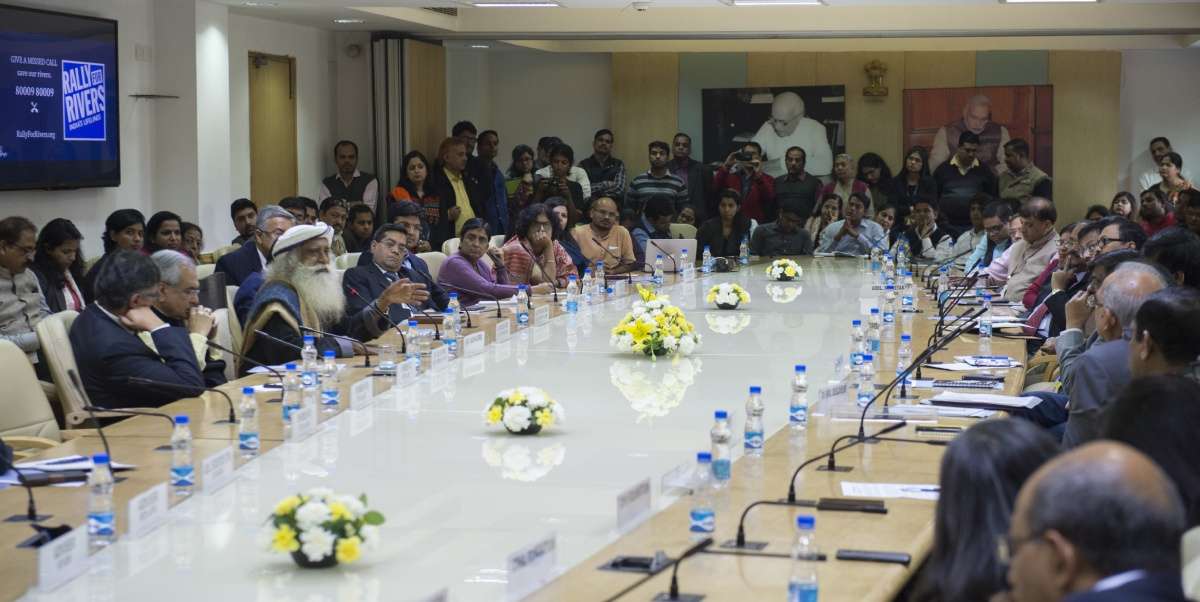 In November 2017, the PMO formed an expert group to look into the policy recommendations made by Rally for Rivers (RfR) under the chairmanship of NITI Aayog CEO, Amitabh Kant. Six months later, the group has prepared aProgram for Action which details how the recommendations to revitalize India’s rivers will be implemented on the ground. The Program for Action was prepared by the Department of Rural Development (DoRD).

In his letter to all States and Union Territories, NITI Aayog Chief Amitabh Kant said, “Based on the discussions, it has been decided to launch a major mission on revitalization of rivers utilizing the existing schemes and programs of the Government with community led efforts.” The letter dated 6 June, 2018 has been dispatched to Chief Secretaries and Administrators of all States and Union Territories. The letter has been copied tothe Secretaries of Ministries of Rural Development; Environment, Forests & Climate Change; Water Resources; Drinking Water & Sanitation; Agriculture; Housing & Urban Affairs; Panchayati Raj; and Land Resources. The Principal Secretary to the Prime Minister has also been notified.

Mr. Kant enclosed a copy of the Program for Action with his letter and stated, “I am forwarding a copy of the Program for Action prepared by the DoRD for your consideration. I would suggest that your State/Union Territory could take up a few pilot projects for revitalization of rivers with active involvement of all stakeholders and convergence of schemes of various Ministries and State Government.”

The Program for Action details the specific role of involved stakeholders in policy implementation. It also outlines the operational structure and the various schemes through which the mission of river revitalization may be executed at the district, state and central level. 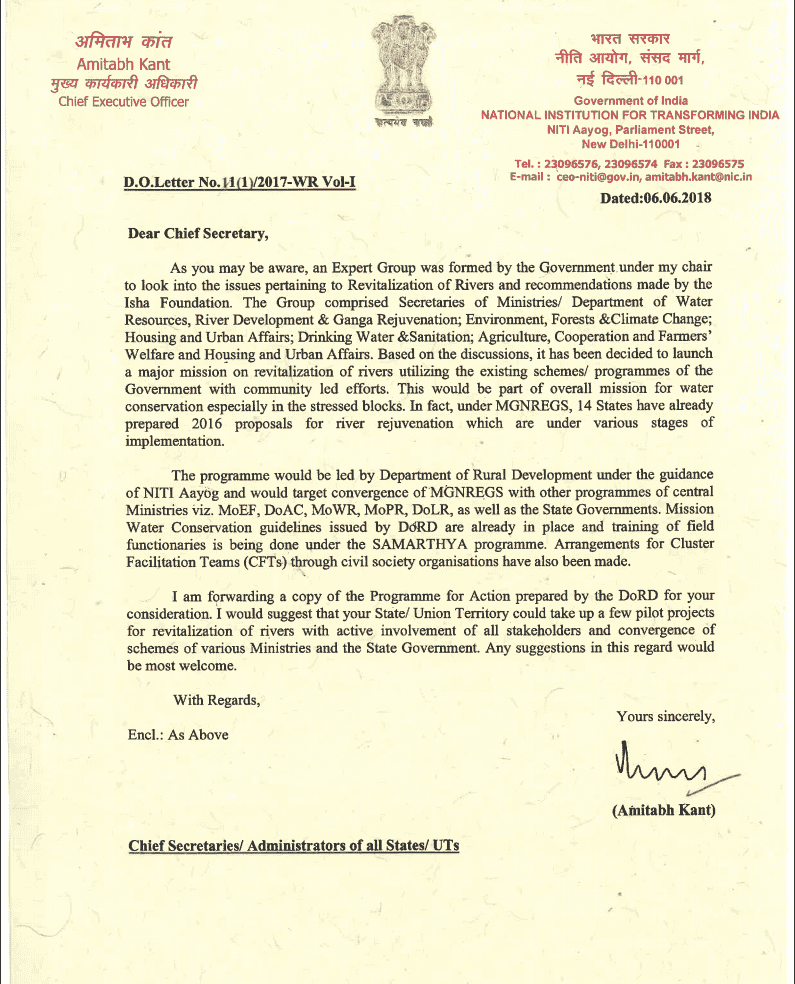