In September of 2017, Sadhguru set off on a historic mission. The month-long Rally for Rivers kicked off from Coimbatore and ended in Delhi, with Sadhguru personally driving across 16 states, with major events in 23 cities. It was a campaign to garner people’s support for an urgent government policy to revitalize India’s dying rivers. It was hugely successful as 162 million people from all walks of life – including chief ministers of states (regardless of political affiliation), media and celebrities voiced their support. 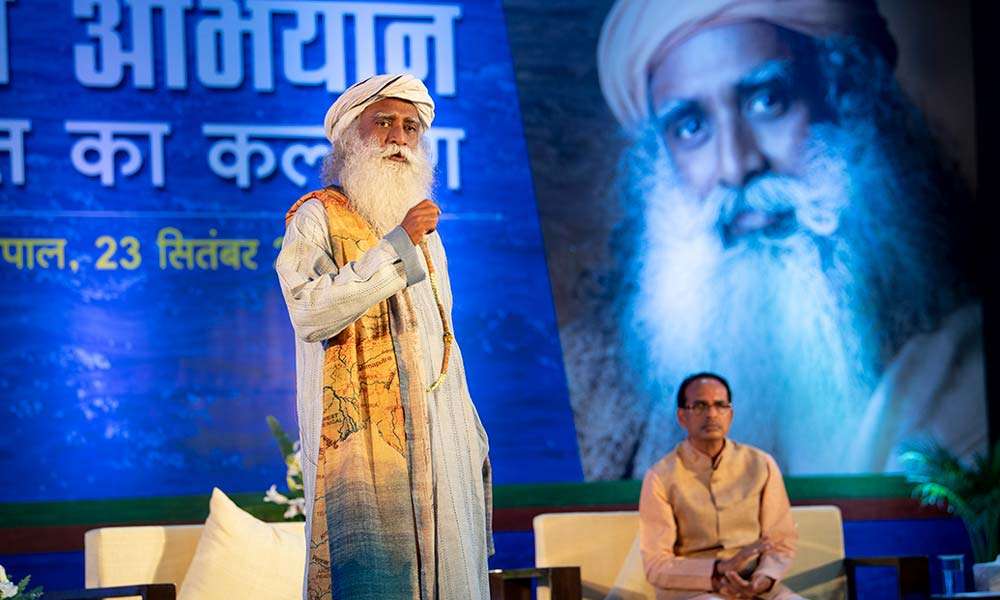 Sadhguru with the Chief Minister of Madhya Pradesh, Shri Shivraj Singh Chauhan, at the Bhopal Rally for Rivers event, September 2017

The whole nation heard these powerful words from Sadhguru, but a small group of youth were listening very intently, and Sadhguru had found his 100. He named them the Nadi Veeras, (Sanskrit for River Champions). Over a century later, Swami Vivekananda’s dream has been brought to life by the dedicated Nadi Veeras who have come forth to restore India’s land and make thriving rivers a reality in their lifetime. Nadi Veeras, who responded to Sadhguru’s Clarion Call to revitalize our rivers by putting aside the thought, “What about me?”

Representing various backgrounds, India’s diversity can be seen in the passionate first batch of Nadi Veeras, aged mostly 20-35, from 17 states as well as a few from abroad. 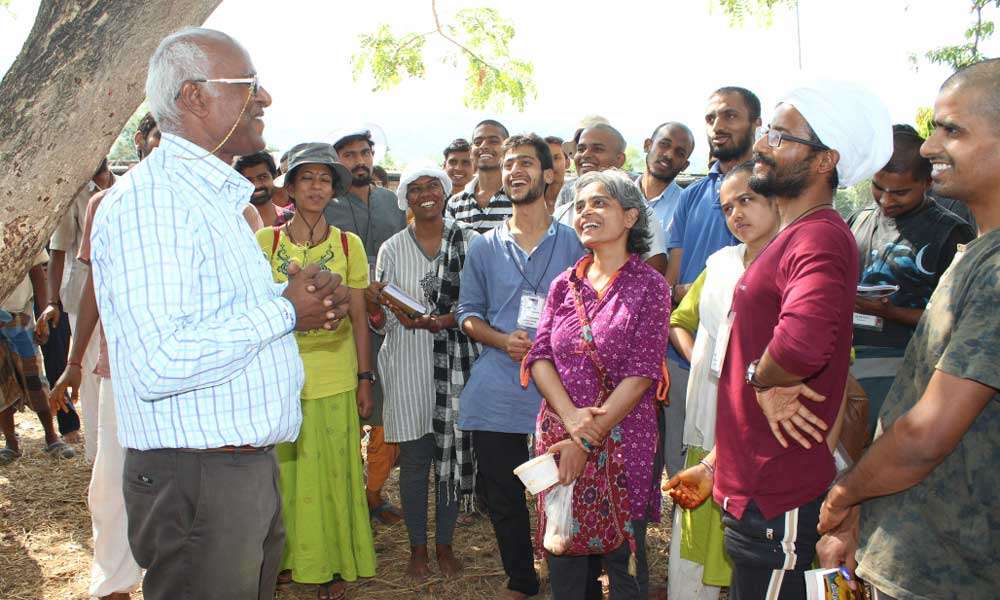 Nadi Veeras getting a crash course on Ethno-Veterinary Medicine, by the renowned expert, Mr. Puniyamurthy In working for what truly matters to them and in the interest of all our citizens’ livelihoods, this “once in a nation’s lifetime” movement will continue to be propelled. The Nadi Veeras have shifted gears following their intensive training and are now advancing the movement across the nation in various modes. They are creating 15 Detailed Project Reports to be implemented across 7 states. In this process, they have been conducting base line surveys and collecting data for a specific model that will demonstrate the economic benefits for farmers by shifting to tree-based agriculture and another model focusing on public forest lands. Very soon they will jump into full action on the ground in Maharashtra, and this will be immediately followed by Karnataka.

YOU! Yes, You can be a driving force too…

Stay tuned for what’s coming next: [On August 8, 2018, the government of Maharashtra gave in-principle approval to a detailed project plan by Rally for Rivers for the revitalization of Waghari River in Yavatmal district. Stay tuned to know more about how we plan to create an example model that can be replicated large-scale across the nation for the well-being of all.]