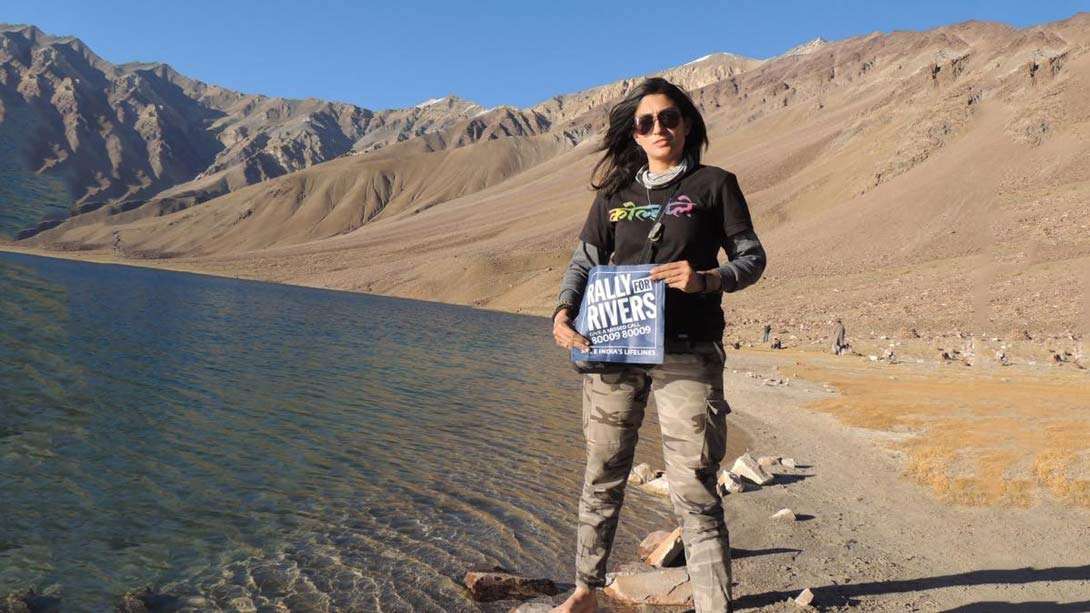 This brave “Shiv ki bhakth” traveled 5,500 km through 7 States to spread awareness of Rally for Rivers. This is her story.

At the Mumbai bike rally on the 17th of September, Aparna Bandodkar revealed that she was planning to complete a solo bike expedition covering seven states, starting two days later. The modest young lady admitted that she also had a wedding to attend, so she wanted to combine this social cause along with that. At the end of the Mumbai bike rally, she had the opportunity to briefly interact with Sadhguru, post which she said, “Whatever tension I had regarding my trip has been released! What an inspiration!” She now recounts this day as one of the most memorable ones of her life. 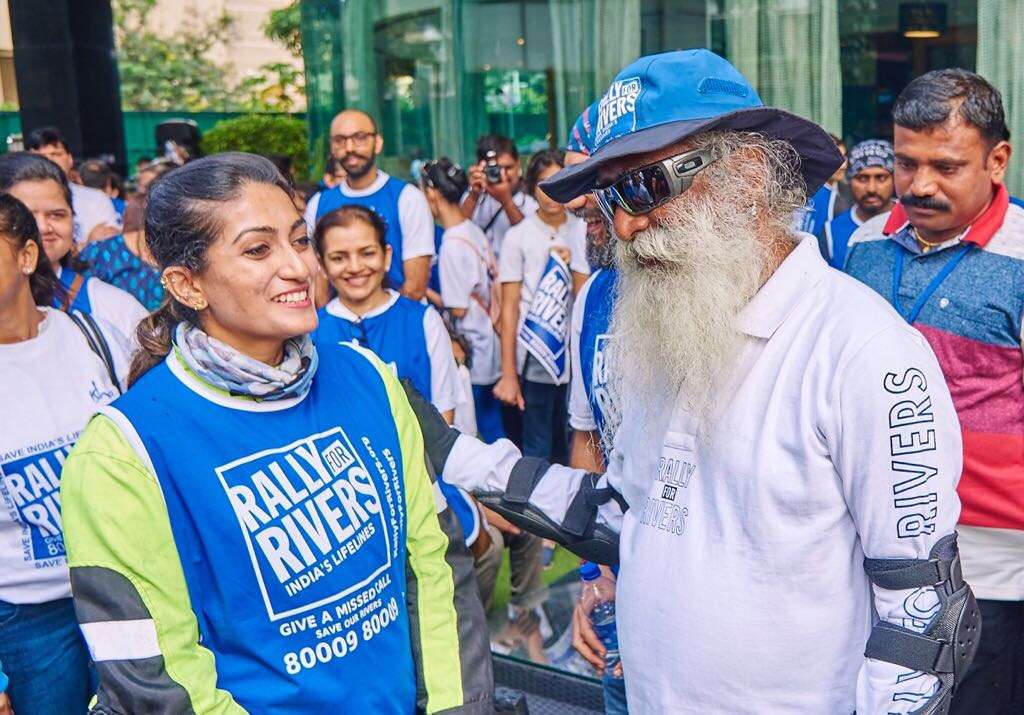 As providence would have it, she was unable to leave as per plan, as the notorious “Mumbai rains” played havoc on her schedule. Delayed yet determined, though she would now miss most of the wedding, she left Mumbai on the 22nd of September, even as the rains had not yet fully stopped. This daredevil with the appearance of a damsel rode a total of 1800 km just on the first three days, zipping from Mumbai to Ahmedabad to Jaipur to Chandigarh… No mean task for anyone! All along, she spoke about the rally to anyone she came across and collected several missed calls. 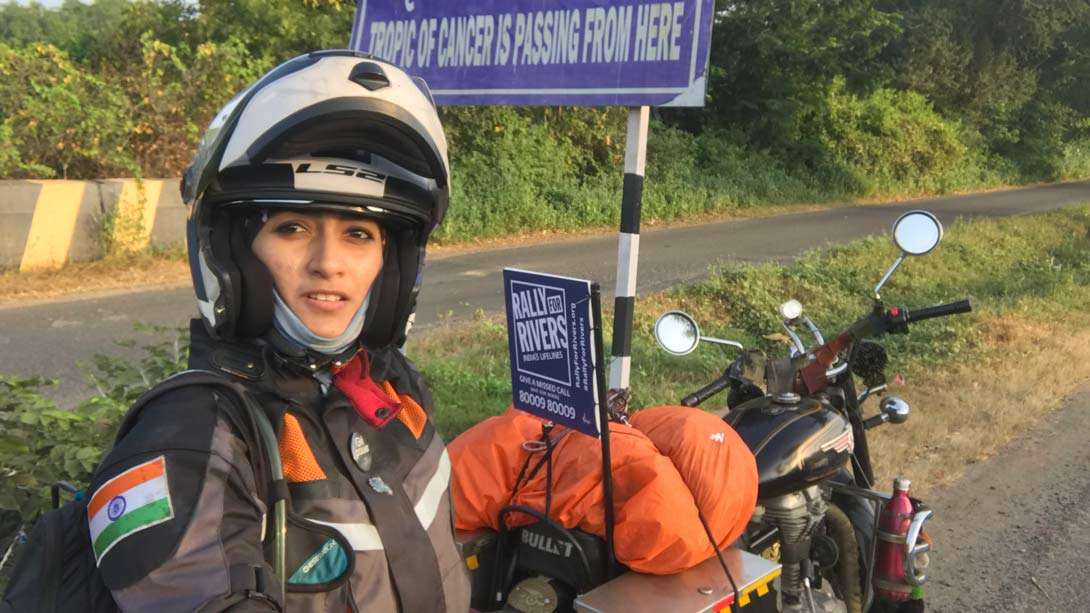 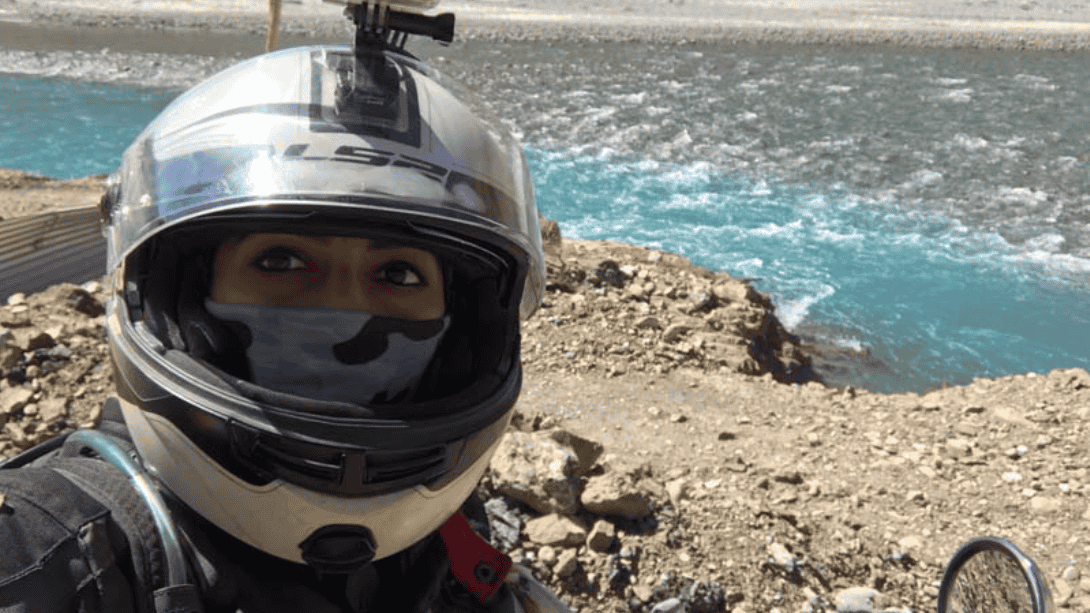 Over the following days, she made her way to Himachal Pradesh and criss-crossed through several valleys like Sangla, Spiti and Pin valleys where she rode along rivers like Baspa, Spiti and Pin rivers. Being an ardent devotee of Lord Shiva, Aparna constantly carried the strength of the Maha Mrithyunjay Mantra by chanting it. Wherever she went, she was reassured by the presence of the divine, be it “Moni baba”, a monk that had taken up silence for last 17 years, or statue of Shiva that she spotted along her way, or the little temple by the roadside that housed a Shiva linga, that gave her courage and kept her going. 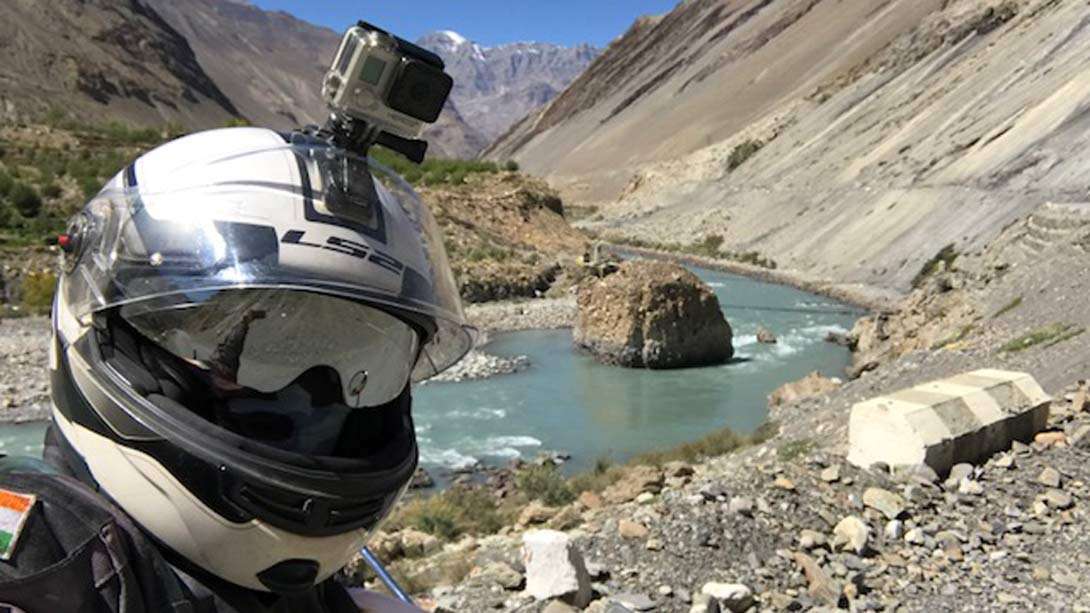 Her ride was not all solo though, as she took an enthusiastic pillion rider for her hike to the Hatu peak, her Himachali friend’s 83 year-old grandmother, who accompanied her to show her as a guide. She apparently abandoned her usual traditional Himachali attire to don a salwar suit for the first time, so as to be able to ride along comfortably. An adventure within an adventure, Aparna ended up spending her birthday navigating the “deadliest route”, extreme off-roading, when going from Chandratal – Batal – Manali. 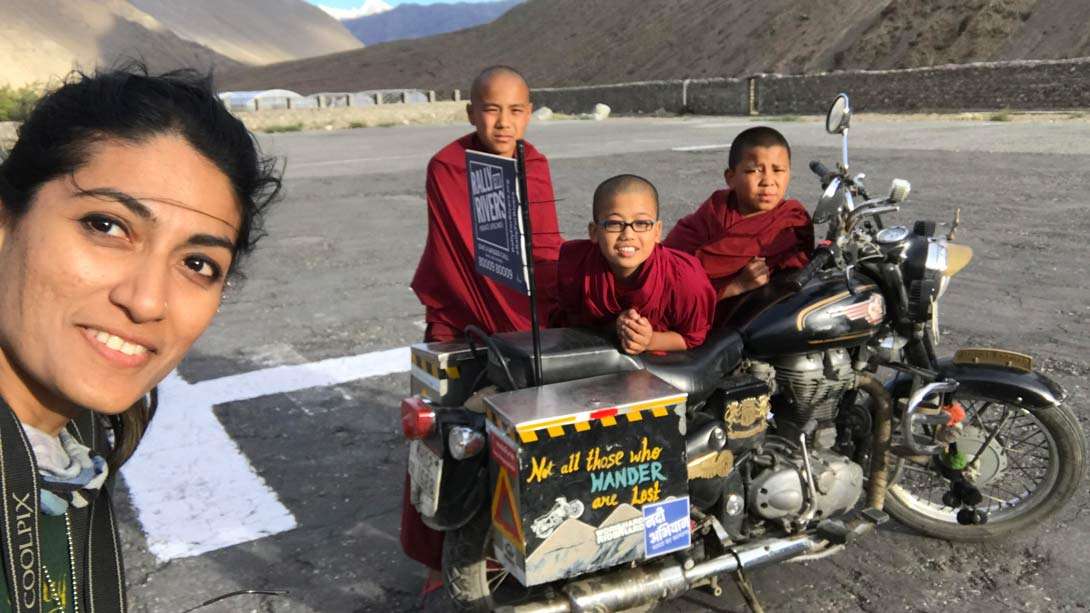 Riding several more days, an average of about 500 km a day, she arrived back to Mumbai on the 11th of October. Suffice to say, when riding as a solo lady, not every encounter was rosy. She met some “not-so-social” elements too, but being of an open mind, Aparna understood that these people were probably new to seeing a woman on a bike, and she took it in her stride. Breaching not just physical limits, but also several psychological gatekeepers such as fear, bias and prejudice, Aparna has certainly proven to be a trailblazer for the “gentler” sex. She has proved herself a sterling exemplar of the power of human consciousness, which if ignited, can smoothly circumvent seemingly insurmountable barriers such as gender and social norms. Editor’s Note: You can play your own role in supporting Rally for Rivers with just a missed call to 80009 80009! Learn more at RallyForRivers.org