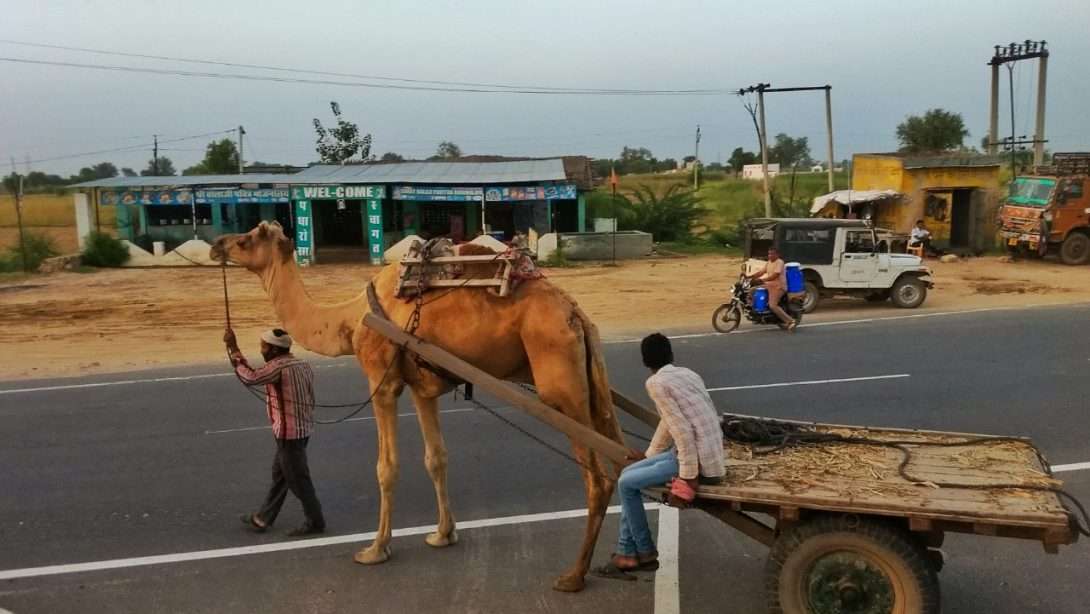 Yesterday, the Rally participants had a chance to visit the imposing Rumi Darwaza, and Bara Imambara. Modeled after the gateways of Constantinople or Modern Istanbul,…

Yesterday, the Rally participants had a chance to visit the imposing Rumi Darwaza, and Bara Imambara. Modeled after the gateways of Constantinople or Modern Istanbul, Rumi here has no connection with the Persian Sufi Master and Poet Rumi. Bara means big, and an imambara is a shrine built by Shia Muslims. Bara Imambara is among the grandest buildings of Lucknow and heritage of Islamic architecture.
A private concert in the evening with Mohit Chauhan and SOI for the participants and the volunteers, in Sadhguru’s presence, was an utter delight. In his deeply resounding voice, singing soulful renditions of Kabir poetry and Shiva, Mohit left everyone charmed. His soulful rendition of Kabir bhajan ‘Zara Halke Gaadi Hanko’, got Sadhguru dancing and soon enough everyone was on their feet, swaying to his tunes. Mohit Chauhan is travelling to Jaipur with the Rally and surely would have sung along the way too.

That evening, Sadhguru said his odometer showed 8,000 kms, already — and about 2,200 more to go!
The next morning, the caravan was on the new 6-lane Lucknow Agra expressway, the longest expressway in India, stretching over 302 kms. For a part of the journey here, the sacred Ganga runs along the highway. After quick stop to take his sixth selfie, with River Ganga, Sadhguru tweeted it with a wonderful message on the condition of the sacred river in that region.

After crossing Agra, the city of the magnificent Taj Mahal, Sadhguru stopped for lunch at Bharatpur. He was received by the State Health Minister, the District Collector S.P and other Government officials at the grand Lakshmi Vilas Palace. For the ralliers, this was the first taste of the splendor of the colorful city of the Maharajas and their palaces. A puppet show and enchanting folk music in the aagan (pavilion) of the majestic palace interior left everyone awestruck. Sounds of Isha had a chance to jam with the local artists and added a touch of Isha to the Rajashthani Maand — the traditional Rajasthan style of music.

Later during the day, Sadhguru stopped briefly in Dausa, where he was received by many local and government officials. Dausa is famous for an amazing 13-stories deep stepwell, Chand Baori. Built in 9th century AD, Chand Baori is one of the largest stepwells in the world, and an architectural wonder. It has an exquisite geometry with 3,500 perfectly symmetrical, narrow steps. The play of light and shadow on the steps is what makes the structure so captivating — Ah! India’s hidden wonders!

The participants made a brief stop at this mesmerizing place that was kept open especially for the rally beyond its evening closing time. They were welcomed with garlands by many local volunteers and rural folks. As this was a long, 600 km drive, the Rajasthan police escorted the rally and cleared the way for the convoy to reach in time.

With the sunset, the hushed darkness of the desert engulfed the rally despite the traffic buzz. Sadhguru reached Jaipur at around 8 pm to a royal welcome by the Chief Minister of Rajasthan. The Rajasthan government had been waiting for the Rally to arrive in Jaipur since it started, eager to contribute and thrilled to offer the local event to take place the following day. 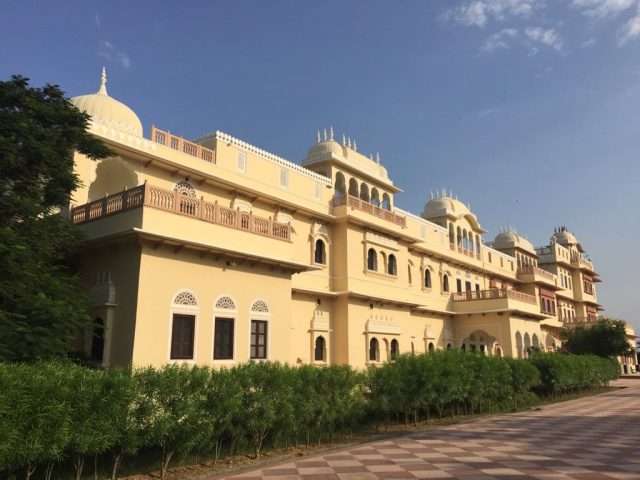 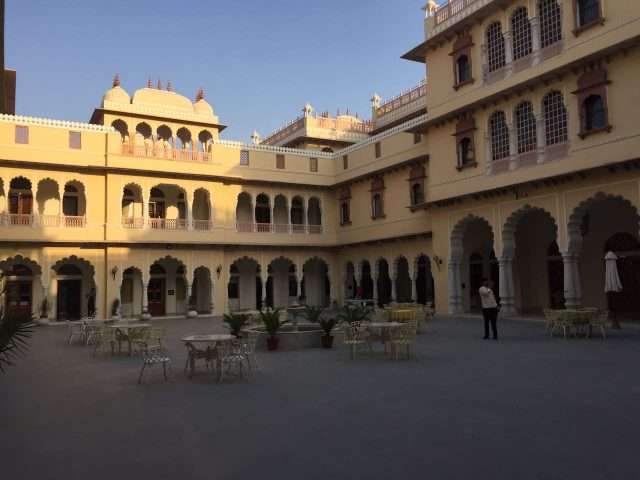 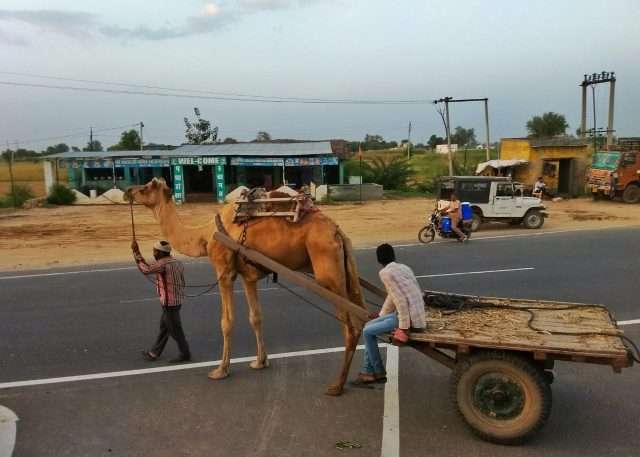 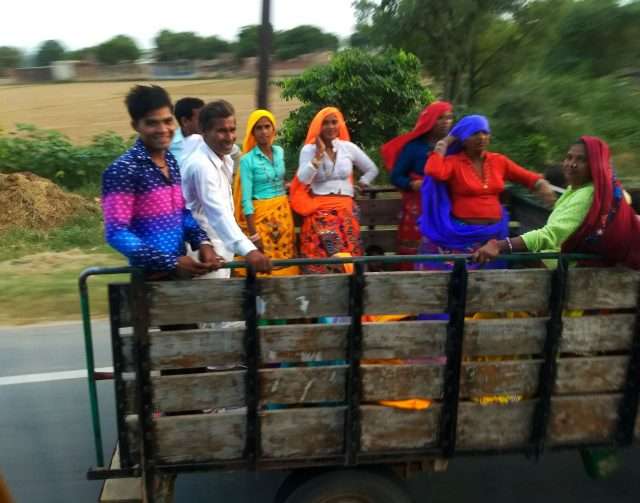 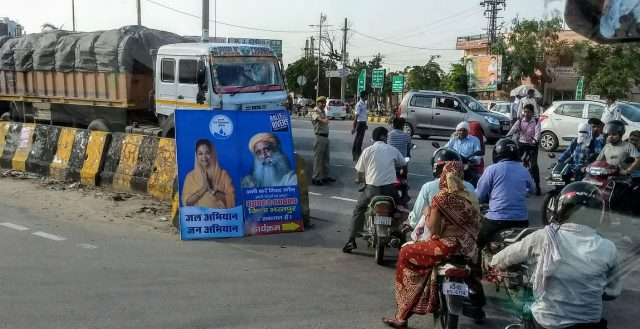 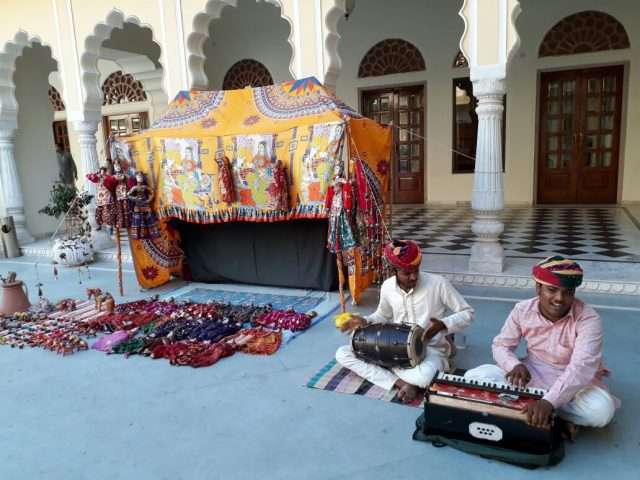 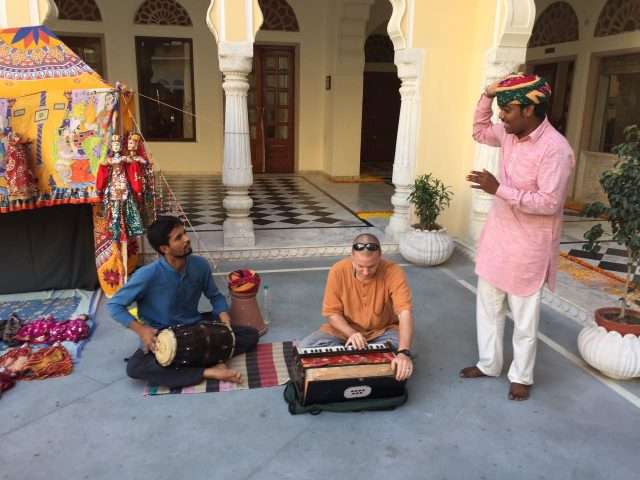 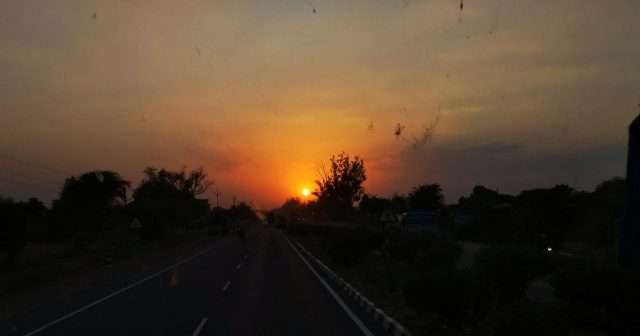