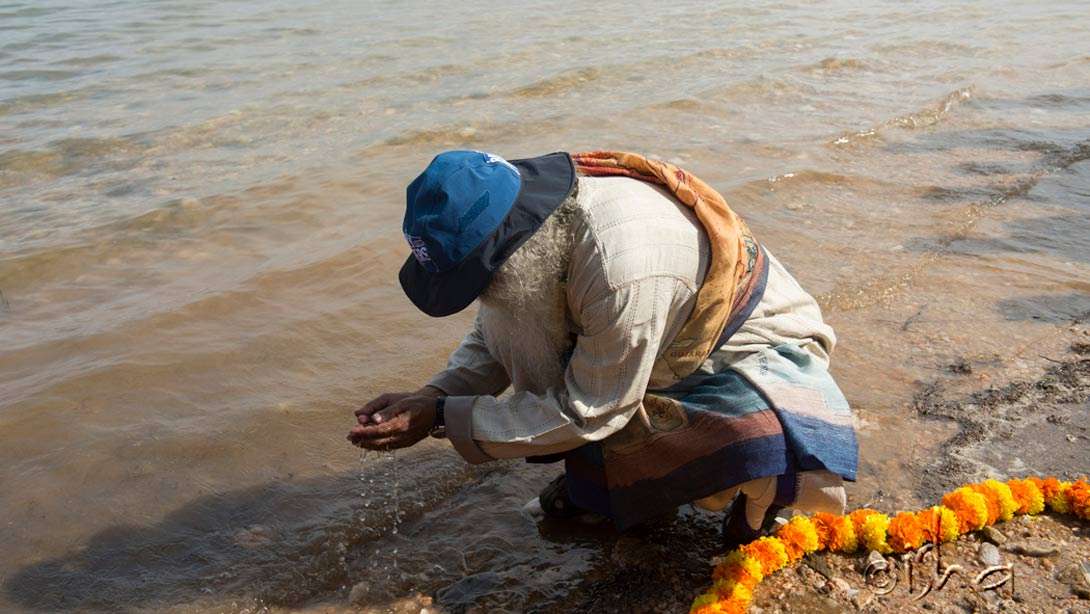 At the culmination of the month-long Rally for Rivers journey across the country, the Revitalization of Rivers in India Draft Policy Recommendation was presented to the government on October 3, 2017. Want to learn more about exactly how this multi-faceted approach will aid India’s rivers? We’ve provided a series of excerpts from the document for you to explore. In Part 7, we enjoy the lore of some of India’s most beloved rivers, present and past, and examine this culture of river reverence.

Civilizations across the world have sprouted on the banks of rivers. South Asia’s first cities were established around 2600 BCE in what is now northwestern India and further west. The people who built and ruled these cities belonged to what we today refer to as the Harappan Culture or Indus Valley Civilization. Besides its namesake, the Indus River, the civilization may have seen another major river run in parallel to the east. The northern part of this lost river’s bed is usually dry now and is called “Ghaggar” in India. A group of channels in this area is sometimes referred to as “Saraswati”. Its lost banks are slowly being traced by researchers. Along and within its dry bed, archaeologists are discovering a whole new set of ancient settlements[1].

Rig Veda[2] is one of the oldest texts of the Indian subcontinent. Around 45 of its verses repeatedly speak of river Saraswati. She is described as “great among the great, the most impetuous of rivers”3. Whether the Saraswati was a real river that was lost to tectonic plate movement or was a mythical one still remains a mystery, but the reverence for rivers has indisputably been a tradition since the times of the Rig Veda.

River Ganga, that now enjoys the status of “national river”, was worshipped as mokshadayini. Taking a dip in Ganga is believed to rid one of all sins and sorrows. For ages, people from across this subcontinent have been going on yatras to Prayag, Kashi and other cities on the banks of Ganga, walking thousands of kilometers to pay their tribute to her. The Kumbha Mela, which happens every 12 years, is celebrated at the confluence of river Ganga, Yamuna and Saraswati (now believed to be underground) at Prayag in Allahabad. Even today, there is deep faith among Indians that if they take a dip in the confluence at Prayag during the Kumbh Mela, they will attain mukti. In these Melas, one can behold lakhs of people from all over the country, from all walks of life and the economic spectrum – from the poorest to the richest – bringing their belongings and travelling all the way to the Mela just to witness the confluence and bathe in it. Ganga’s water is held sacred for its self-cleansing properties. Even British soldiers carried water from the Ganga from India back to England as it remained “sweet and fresh” throughout the long sea voyage. 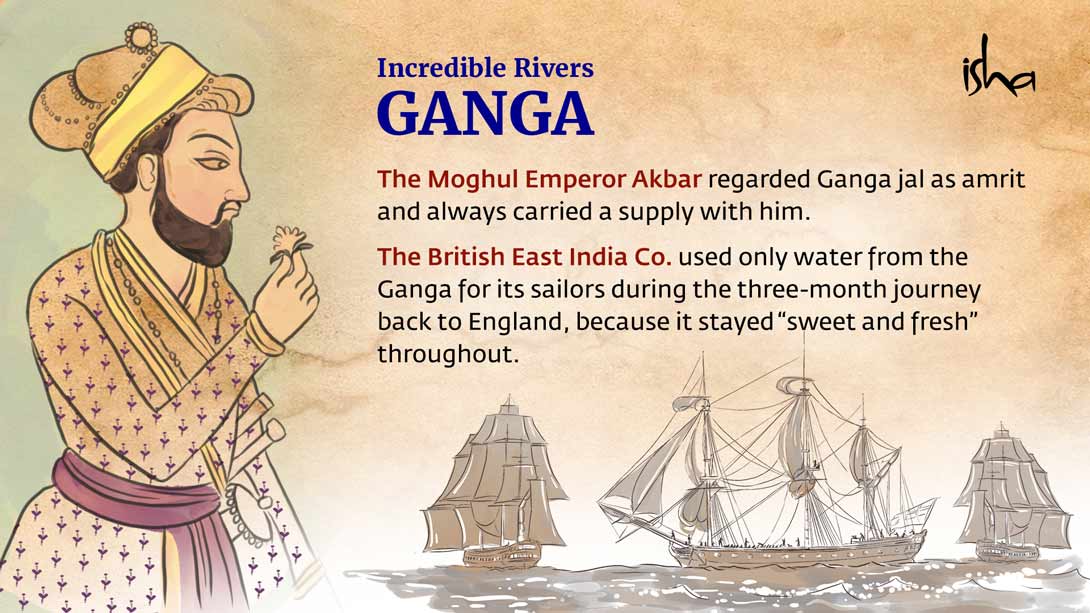 All the places of origin of our rivers – Gangotri of Ganga, Yamunotri of Yamuna, Amarkantak of Narmada, Krishnabai of Krishna, or Talakaveri of Kaveri – have temples built in honor of the rivers.

The many temples for rivers reflect the way these rivers were perceived by the people of this country. The primary emotion a river evoked was utmost reverence. A remnant of this feeling is still visible today in the rituals of these temples and the aartis performed on the rivers, such as the famous Ganga Aarti in Kashi. But the system of practices that were followed in the past to nurture the river systems as ecological entities is all but forgotten.