This is not a protest. This is not an agitation. This is a campaign to raise awareness that our rivers are depleting. Everyone who consumes water must Rally For Rivers. - Sadhguru

Our Rivers Are Dying

India’s rivers are undergoing a drastic change. Due to the pressures of population and development, our perennial rivers are becoming seasonal. Many of the smaller rivers have already vanished. Flood as well as drought are becoming increasingly frequent as rivers turn unruly during the monsoon, and vanish once the rainy season is over.

Rally for Rivers is a nationwide awareness campaign to revive our rivers. Conceived by Sadhguru, the campaign has been taken up by every section of society across the nation. But this campaign can be a success only if youth lead from the front. Rally for RIvers and Kokuyo Camlin have joined hands to encourage schoolchildren to participate in this campaign, and help spread awareness about reviving our rivers. So sharpen your writing skills and get your creativity into gear for the Creative Writing Contest!

Description
In 40 words, tell the nation about the importance of our rivers and the urgent need to do all we can to save them.

Participation:
If you would like your school to participate in this Creative Writing Contest, please request the appropriate authority in your school to contact schools@rallyforrivers.org

Judgment Criteria:
The uploaded entries will be open for voting online.

Namaskaram , Please enter the following details for your submission

Please check errors on form submissions
All Fields Are Manditory 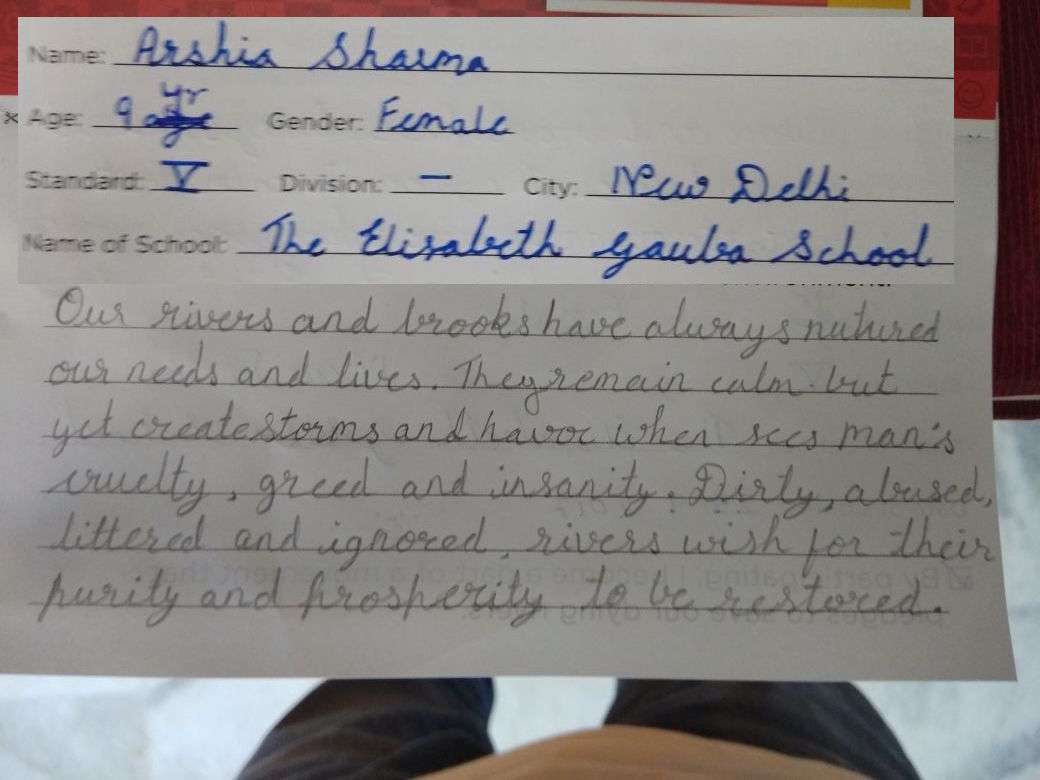 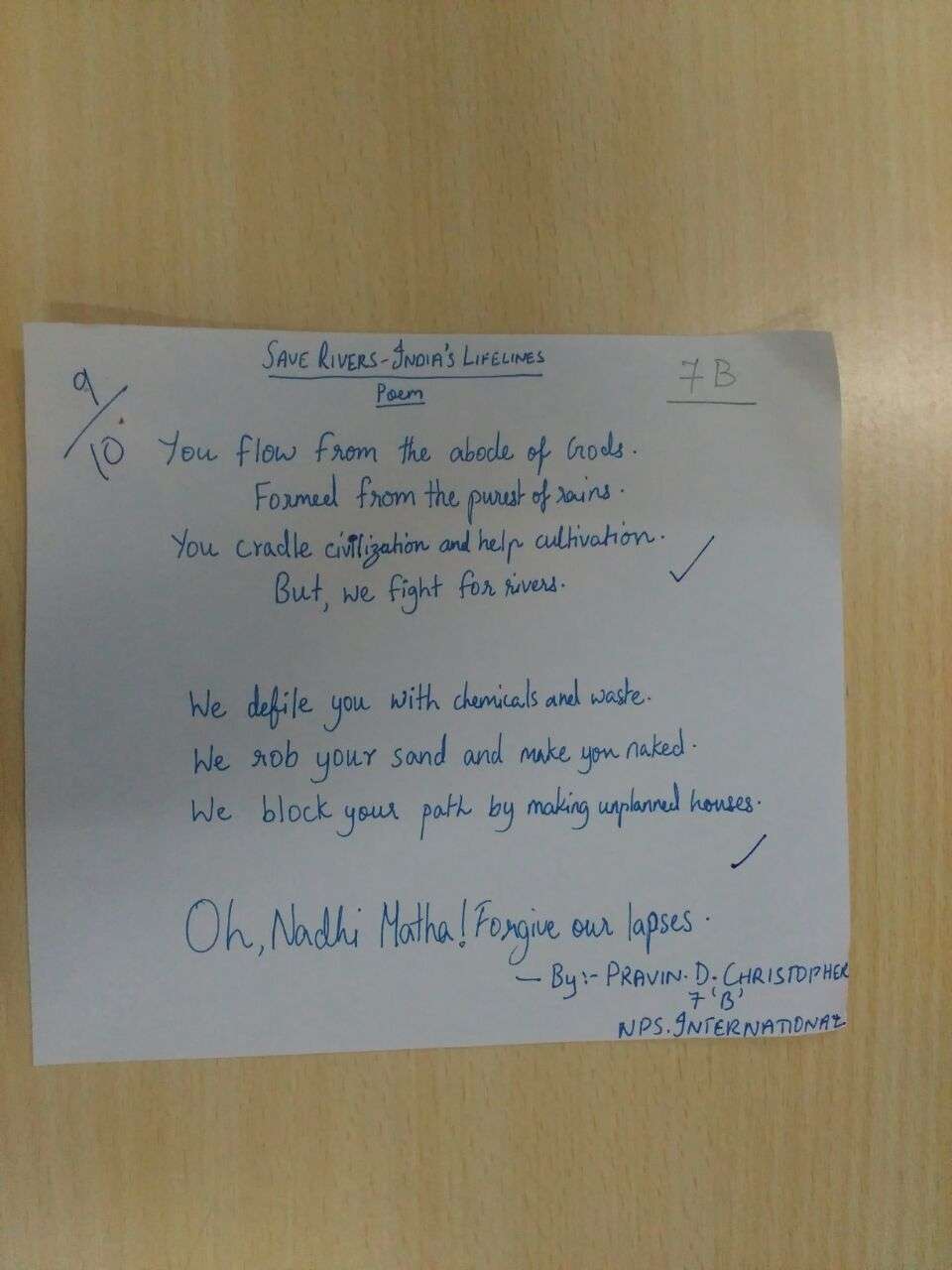 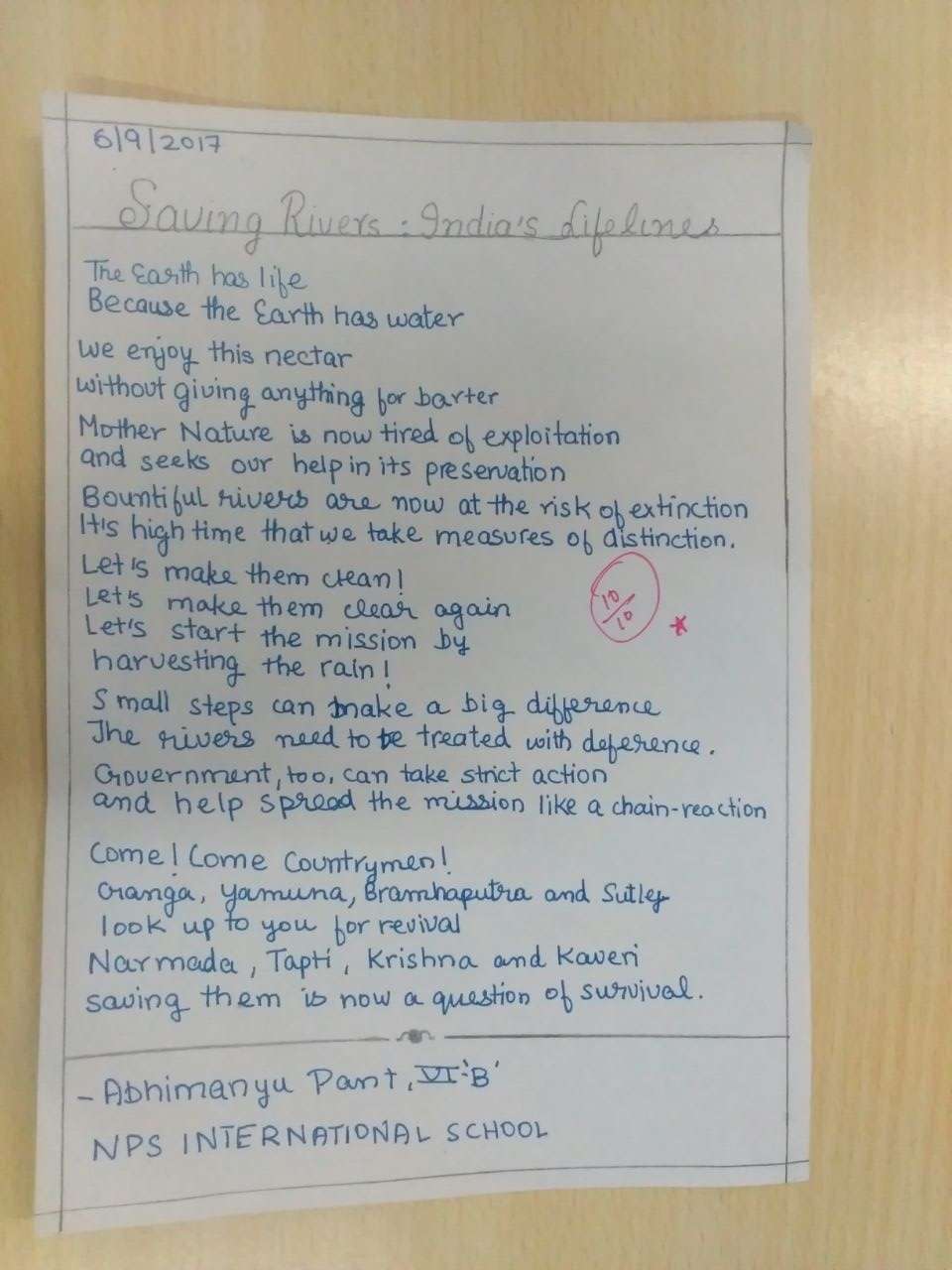 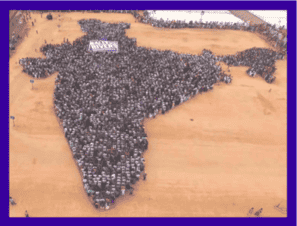