Shiva and Shakti: How the 54 Shakti Sthalas Were Born

article Stories of Shiva
Sadhguru narrates the story of how Sati burnt herself up in the ceremonial fire after her father insulted Shiva... 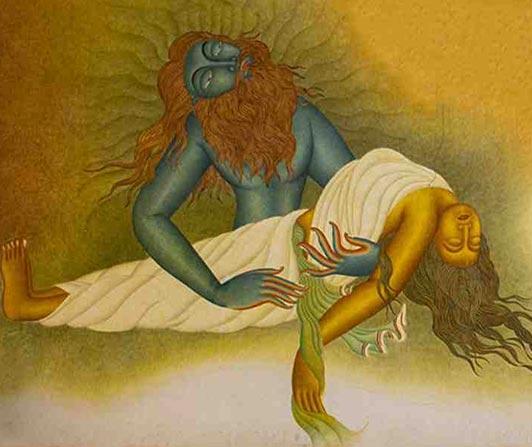 Sadhguru: When we say Shiva is the destroyer, it is not about destroying the world, it is about destroying your world. Your world is essentially an accumulation of past experiences and impressions. Your world is made up of the past. The past is that which is dead. It only exists as an illusion that is seeping into the present because of your thought process, and it is projecting itself into the future through your desires.

If there was no thought, the past would not exist in the present. Thought is one illusion and desire is a double illusion because desire is constantly projecting the past into the future. Whatever you have known in the past, you desire for something that you think is better than that. If you want to know the grandeur of the creation, that is possible only through the present moment that is here, right now. This is the only doorway. If you bring in the past, you become hallucinatory. If you create another illusion of future, using that which does not exist, now the illusion is so complete that the reality is completely obliterated in your experience of life.

In utter stillness, there is no past. In absolute movement also there is no past. These are the two fundamental passages that Shiva found to give access to that which is creation and the source of creation. That is why he is constantly depicted either as a wild dancer or an ascetic who is utterly still.

The Conspiracy to Get Shiva Married to Sati

In the yogic lore, the story goes that Shiva started moving from stillness to dance and dance to stillness. Everyone else, the gandharvas, the yakshas, the devas of all the three worlds began watching him in fascination and intrigue. They enjoyed this absolute movement and utter stillness but they did not have a clue about the nature of his experience. They wanted to have a taste of this.

They began to plan and plot how they could get a handle on this experience that he was going through. They called for a conference, which slowly turned into a conspiracy. They decided to somehow get him married. “We must have somebody from our side who will be able to tell us what is the basis of such ecstatic experience, of such exuberance, and at the same time, such deathlike stillness. He seems to be enjoying both. We need an inside person.”

Many things happened – I will not go into the whole detail of conspiracy, because it is a very large conspiracy. If you want an inside view of Shiva, it needs a tremendous conspiracy, which they planned and plotted and executed. So they got Shiva married to Sati. He yielded and he got completely involved and became absolutely passionate about her.

He allowed Sati to become a part of his life. But Sati’s father Daksha hated Shiva, his son-in-law because Shiva is not a king, he does not dress well, he is smeared with ashes, he eats out of a human skull, all his friends are all kinds of demons and goblins and demented beings. He is always either in meditation or intoxication. Either he is with eyes closed or he is in a mad dance. This is not a son-in-law to be proud of or to be seen around with.

Some time later, Daksha wanted to perform a great ritual for which he invited every king, every god and every yaksha. But he did not invite Shiva. Shiva and Sati were sitting in the forest and out of her love, Sati was trying to feed him with the fruits from the forest because that is all they ate. They had no home or proper arrangements for cooking, so they just ate fruits and whatever else that came as offerings.

Then she saw a lot of traffic, the finest of chariots, all the kings, gods and goddesses going somewhere fully decked up. Then she asked Shiva, “What is this? Where is everyone going?” Shiva said, “It does not matter. We do not need to go where they are going.” But she got very excited. “Where is everybody going? See how they are dressed. What is happening?” He said, “Do not bother, we are fine here. Are you unhappy? No. You are happy. Do not worry about them.” Because he knows what is happening.

But her curiosity and feminine excitement would not allow her to just sit there and enjoy the fruits of the tree. She walked on and stopped one of the chariots and asked them, “Where are you all going?” They said, “Don’t you know? Your father is holding a huge yagna – a sacrifice – and he has invited all of us. Are you not coming?” She felt totally lost when she came to know that she and her husband have not been invited. She felt disgraced. She thought this is not fair to Shiva. She told Shiva, “I am going to my father. Why did he do this?” Shiva said, “It does not matter to me. Why are you getting worked up? We are fine here. Why should we go to his sacrifice?”

But she was so stung by this insult of not being invited. She said, “No, I have to go. There must be a mistake. Maybe the invitation was lost. It cannot be. How can they not invite you and me? I am his daughter. There must be some mistake. I am sure he would not do this. My father is not like that.” Shiva said, “Don’t go.” But she would not listen and she went.

Sati Burns Herself In The Ceremonial Fire

When she went to the ritual, she found all her cousin sisters and everybody who was somebody was there, fully decked up. But she had come in her simple clothes in which she lived in the mountains. So people mocked and laughed at her. They asked, “Where is your ash-smeared man? Where is that man who has not combed his hair for who knows how long?”

She ignored all that and went in to meet her father, still believing that it must be a mistake. When she found him, Daksha was furious. But she asked, “How can you not invite Shiva?” Then Daksha abused Shiva in every possible way and he said, “I will never have him stepping into my house. ”

Shiva sat in stillness for a certain period of time. Then he became fire. He just rose in fury. Shiva plucked a strand of his matted hair and hit it upon the rock that was next to him and produced a very powerful being whose name was Veerabhadra. He told Veerabhadra, “Go destroy the sacrifice. Nobody should get anything out of it, including Daksha. Anybody and everybody who is involved in this sacrifice, go destroy them.” Veerabhadra went in full fury and just laid the sacrifice to waste, slaughtered anybody and everybody who came in his way, and above all, impaled Daksha.

The Birth of the Shakti Sthalas

Then Shiva came, picked up the half burnt body of Sati and his grief was simply beyond words. He put her upon his shoulder and walked. He walked in great fury and grief. He would not keep the body down nor would he let the flames consume her body or give her a burial. He just walked on. As he walked on, Sati’s body began to rot and as it rotted, it became many parts and fell down in 54 different places. These 54 places came up as Shakti Sthalas in India. As every part of her body fell, one quality of the Shakti was established there. These are the main Devi temples in India.

Three of them are supposed to be secret and nobody knows where they are except a few people, but 51 are known to people. 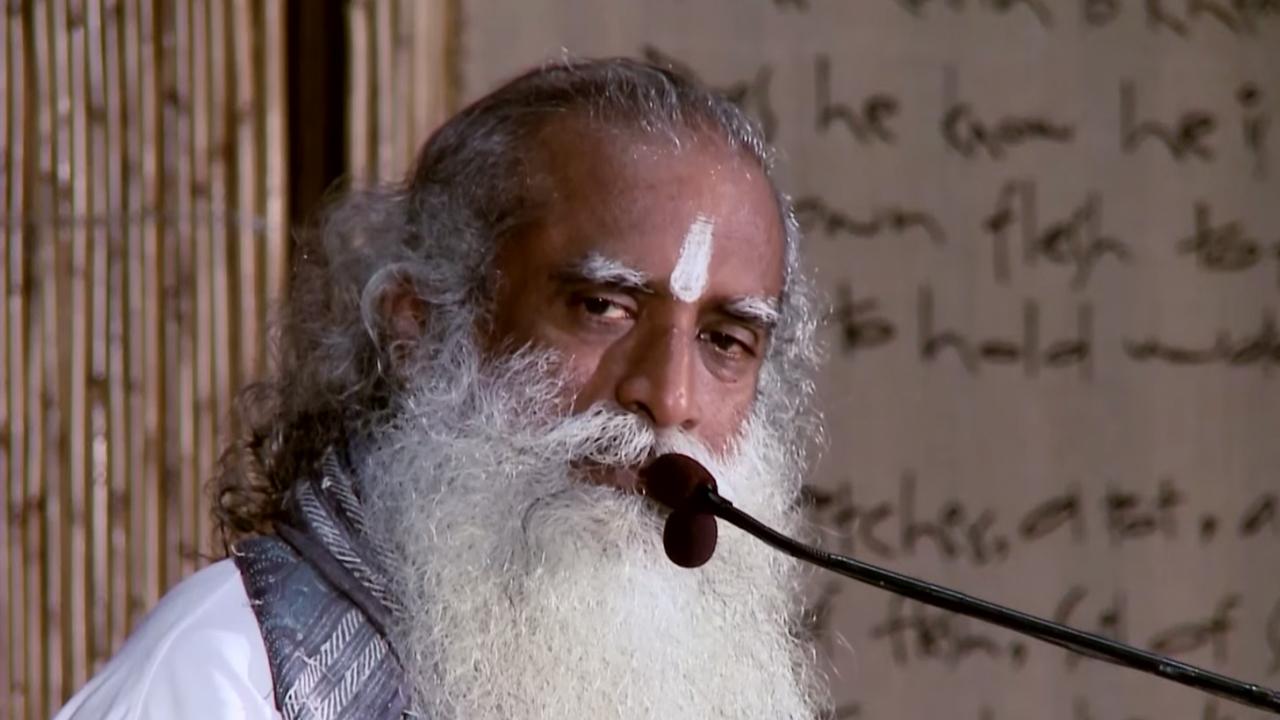 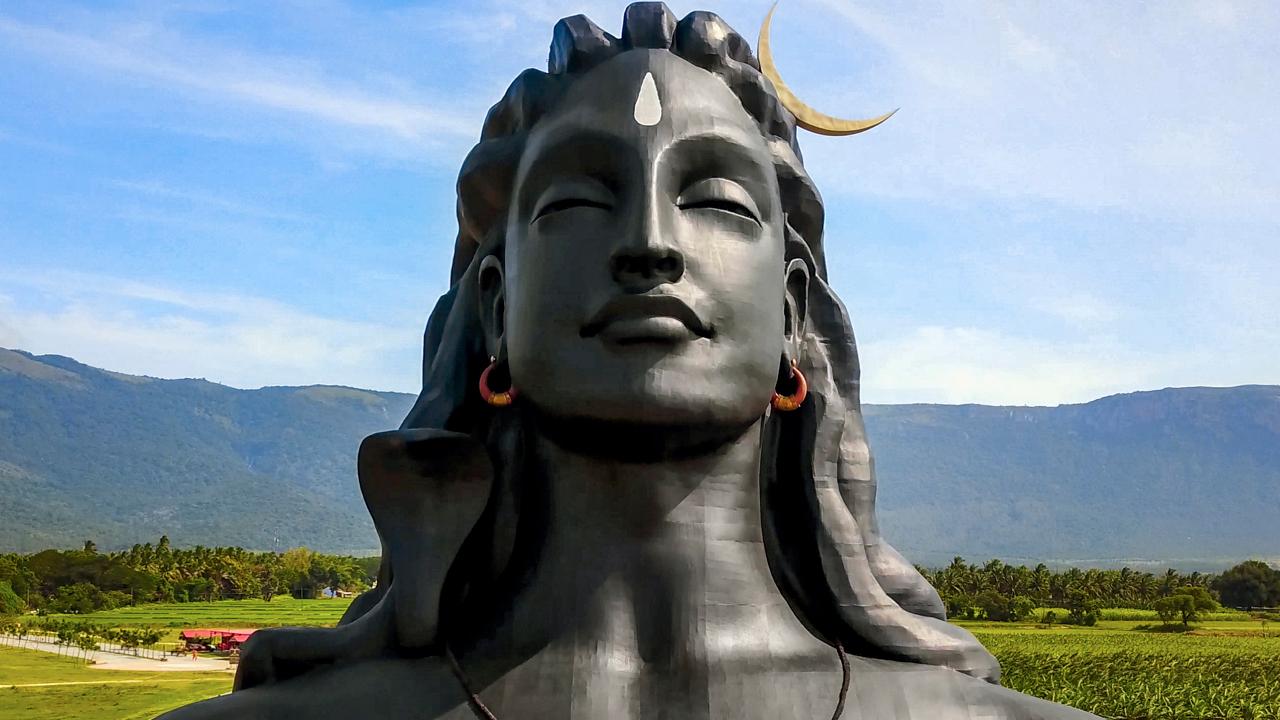