Supreme Court Justice Arijit Pasayat explains how citizen participation is key to solving the ecological crisis and praises Rally for Rivers and Cauvery Calling as people’s movements for river revitalization that marry economy and ecology. 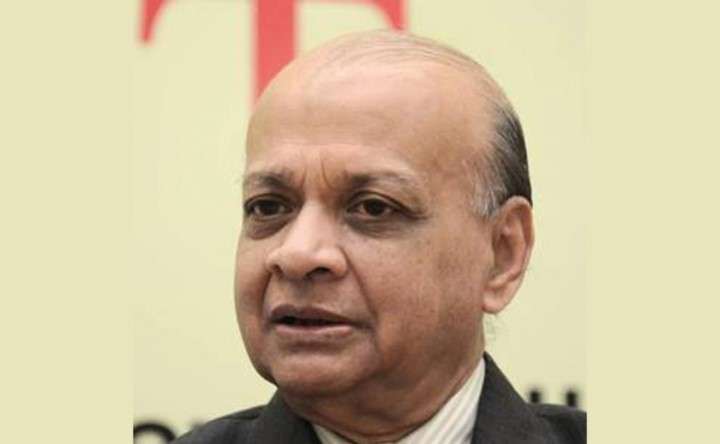 Justice Arijit Pasayat: Long ago, the Supreme Court had said that access to pure  water is a part of Right to Life. Article 21 of the Constitution ensures that right of citizens and the apex court says that unless one gets access to pure drinking water, the right does not mean much.

A World Health Organisation (WHO) report says at least 2 billion people worldwide are forced to use contaminated sources for drinking water and all of them are at high risk of contracting water-related diseases. Closer home, in the 90s, I had rendered a judgement in Odisha based on a report which said that the water that people were drinking was not even fit to have a bath in, as it was causing skin diseases.

We cannot do away with industries. Countries will naturally export what is good for their economy and for individual wealth creation, but sustainable development is the watchword here.

There is no point in dwelling in the past, though. It is time to look ahead and see how we can stop further damage to our ecology. And I must say that it is the wisdom of Sadhguru that he thought of initiating the “Rally for Rivers” movement before it is too late. Unless we address this concern — of how to preserve water and stop the denudation of water resources — we are actually heading for a disaster. Society as a whole has to rise to meet this daunting challenge.

“Cauvery Calling” is a classic example of how the community can get involved in these kinds of movements because apart from actually aiming at saving the resources, it aims at coming up with an economical and ecologically profitable model for people living around rivers and river sources. Now, finally, there is global consensus that planting of trees is one of the primary ways to increase water in the land.

Over the past few years, we have been hearing a lot about global warming. Why is it happening? It is because green cover is getting depleted at an alarmingly high rate. Ethiopia used to have the largest green cover, but today, it has large stretches of deserts. Why? Because all the timber was being chopped and exported. It is estimated that about 300 ships were leaving the borders of the country every day with timber for construction work elsewhere. This was bringing good revenue to the country, but at the cost of large-scale desertification.

That is why terms like “environmental protection” and “sustainable development” have to move from our vocabulary into our daily lives. We cannot do away with industries. Countries will naturally export what is good for their economy and for individual wealth creation, but sustainable development is the watchword here. This is why I feel good about movements like “Rally for Rivers” and “Cauvery Calling” as they try to ensure that the ecology and economy add to each other in a complementary, as well as supplementary way. And that is how it should be.

The Role of Judiciary in Protecting Environment

The Indian judiciary has played a very proactive role in protection of environment and ecology. Right from the days of the Godavarman case in the 90s (the first environmental case to be heard in the Supreme Court), till now, when a National Green Tribunal is in place for environmental protection, the Judiciary has always found ways to be actively engaged with doing the right thing for our ecology.

It all started with the rampant destruction of forests across the country. The Supreme Court decided to take up a supervisory role over environmental matters to control this large-scale destruction of natural resources and constituted the Centrally Empowered Committee (CEC) for the purpose.

The basic issue is that no non-forest activity should be carried out in forest areas. For example, mining. It is a non-forest activity. However, all the mines are located in forest areas. The Supreme Court says that if one is actually using the forest land for non-forest activities, one would have to pay for it and get permission to carry out such activities. Forest and environment clearances would also have to be sought for the same. There is a whole procedure that rigorously regulates these activities and penalties for violators run into crores of Rupees. But unless people’s mindset changes, no amount of law can bring about a total transformation.

In Karnataka, there was the Kudremukh mining case that was stopped by citizen activism. As the author of that judgment in the Supreme Court, I can say with some certainty that it was one of the landmark cases because it was driven by a small group of committed citizens and managed to shut down a government-owned and export-oriented operation that was destroying the biodiversity of the Western Ghats.

From 2000 onwards, both public and judicial engagement with environmental issues has increased tremendously. The National Green Tribunal was established in 2010 to look into forest and environmental issues. Now, recently the government has said that all river disputes will be headed by a river tribunal that is mandated to complete the process within a particular period of time.

Previously, for every such dispute, there was one tribunal being constituted and it used take a very long time. For example, the perennial dispute between Tamil Nadu and Karnataka over sharing of river water is still going on. Such similar disputes are underway between Odisha and Andhra Pradesh, Odisha and Chhattisgarh and many more.

However, I feel that we are all missing the main point. I remember in 2005-2006, while hearing the Karnataka-Tamil Nadu dispute, I had said in a lighter vein, “Pray to the rain god, because if the rain god doesn’t bless you, no argument will help you in getting water because the Supreme Court cannot generate water.”

Editor’s Note: This article was first published on News18.com